Quantum ideas are born in Europe 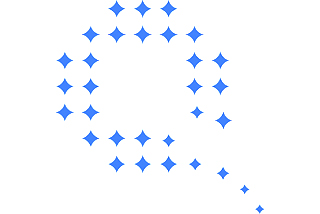 we are pleased to inform that QuantERA’s impact on European Quantum Technologies has been described in latest Science|Business article:


European researchers are at the cutting edge of quantum technologies, according to the QuantERA research funding programme

"Many ideas and concepts in the field have emerged on our continent”, observes Professor Konrad Banaszek, the scientific coordinator of QuantERA. As a case in point, he mentions research on quantum communication and cryptography, such as next-generation quantum communication protocols that guarantee secure data transmission even if the exact characteristics of devices are not known.

Researchers argue that the advancement of quantum technologies may also lead to revolutionary change in fields as diverse as medicine, meteorology, robotics, banking and telecommunications, as well as complex system simulation. We can expect the advent of new sensors, detectors and more accurate clocks. Within the next twenty years, some of our medical diagnostic techniques will change; procedures such as magnetic resonance will likely become faster, more accurate, cheaper and less invasive. Quantum technologies will also improve the sensitivity of detectors used to sense gravitational waves.

The great value and potential of the field has not escaped the notice of governments across Europe; various countries have drafted national and domestic strategies for quantum technology development. In 2018, the European Commission launched a ten-year programme known as the Quantum Flagship, which consists of research institutions, industrial centres and decision-makers working together to help Europe emerge as a leader in quantum technologies. The QuantERA network was established two years earlier; today, it brings together 39 research-funding agencies from the European continent, as well as Israel and Turkey, and its mission is aligned with the long-term strategy adopted by the European Union..

NOTE: These settings will only apply to the browser and device you are currently using.

We collect information about visitors who comment on Sites that use our Akismet anti-spam service. The information we collect depends on how the User sets up Akismet for the Site, but typically includes the commenter's IP address, user agent, referrer, and Site URL (along with other information directly provided by the commenter such as their name, username, email address, and the comment itself).

By filling in the contact form with their Data, the User authorizes this Website to use these details to reply to requests for information, quotes or any other kind of request as indicated by the form’s header. Personal Data collected: email address, first name and last name.